It Really is About Laughter Being the Best Medicine

The day Katie found out her five-year-old son Josh had leukaemia, she didn’t want to believe it. Surely they had made an error?

“I thought any minute someone would say there’s been a mix-up with the blood results,” Katie tells Camp Quality. The opposite was simply unthinkable.

There was no mistake. The very next day Katie and Josh were on the oncology ward. Josh would need a lumbar puncture and an IV line inserted so he could start chemotherapy. The unthinkable had become a reality.

Josh’s world changed overnight as his treatment began. Instead of enjoying all the fun, friends and adventures of childhood, he’s young life now revolved around hospital, needles and procedures.

Camp Quality Kids’ Camps offer kids and their siblings a vital break from cancer, and the experience of time away from their parents. They get the release of playing outside, new mates to bond with, and fun-filled adventures.

Parents can also relax when their children attend Kids’ Camp.  Medical volunteers are always on hand to ensure children’s health needs are met and each child has a dedicated Camp Companion to make sure they are supported and have the best time.

Josh gets an opportunity to attend camp

Josh had finished the intensive part of his treatment when Katie received an invite for him and his brother to go on a Kids’ Camp.

“The boys had been asking me quite frequently, ‘When am I going to be doing that Camp Quality thing?’ says Katie. “It has quite a positive effect when you’ve got something to look forward to. It makes a huge difference – it’s really special.”

Josh was able to attend a Mini Camp (for ages 4 to 6) held at Questacon – and the joy and laughter followed quickly.

“In the first five minutes, I realised it really is about laughter being the best medicine and making everyone feel good again. Seeing Josh dash off laughing with the volunteers was the most wonderful moment,” says Katie, who explains she felt further at ease by the presence of Medical Volunteers.

“One of the fantastic things about the Kids’ Camps is you’ve also got the safety of the medical vollie who’s there onsite all the time,” she says. “That is where I felt that even those finer details were absolutely covered, and he was in very, very safe hands.”

Camp Quality Kids’ Camps are free and held all over Australia

Register your family to receive access to Kids’ Camps and all of Camp Quality’s fun and supportive services and programs. 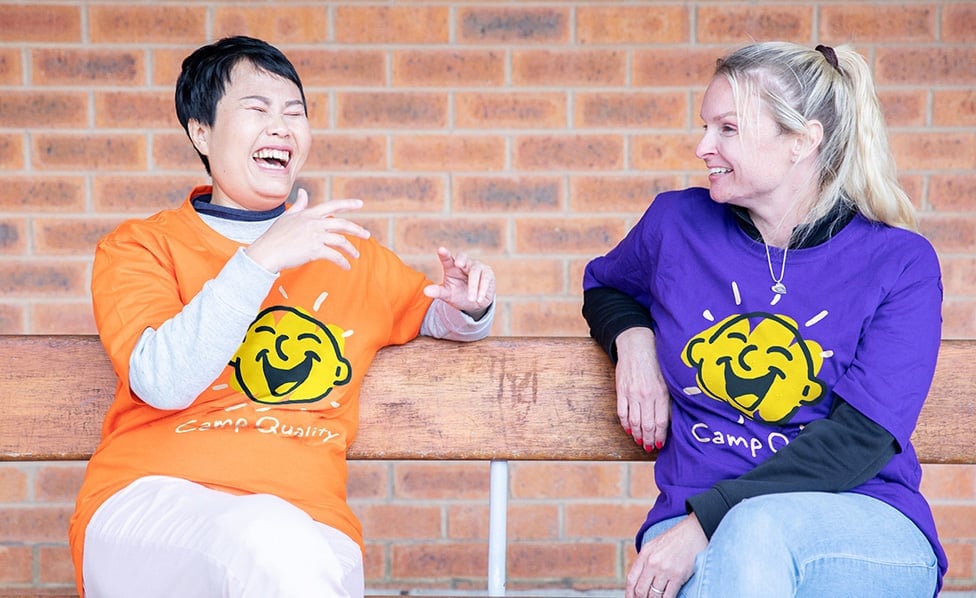 The Benefits of Laughing

The health benefits of laughter - what’s in it for you? Kids’ Camps mean children impacted by cancer get to enjoy the fun times that childhood should be all about: friends, adventure and laughter.

What to Expect When Registering

Camp Quality gives kids facing cancer the chance to be kids again. By registering with us you get access to free hospital programs, online programs and more!

View all
Our stories